Ramelton Co Donegal  is a picturesque heritage town situated on the Wild Atlantic Way approx. 7 miles north of Letterkenny. The River Lennon flows through the town as it enters Lough Swilly. It boasts Georgian architecture, stone bridge, riverside walks, waterfall and old quayside warehouses which will encourage visitors to stop and enjoy the tranquil and scenic surroundings. 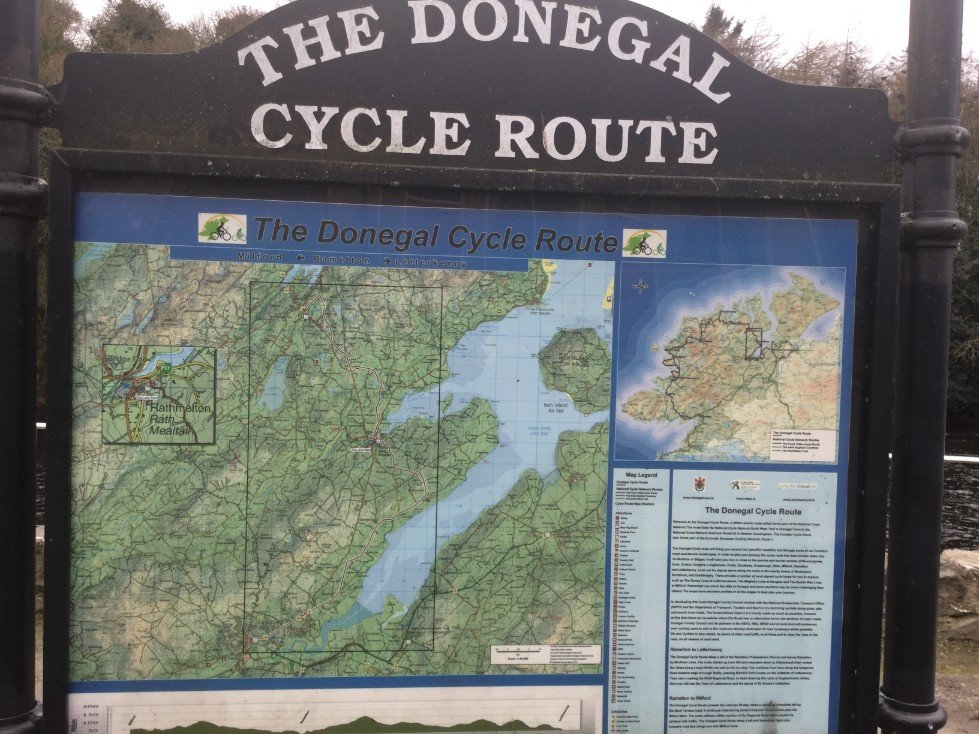 The Rath, from which Ramelton (Rathmealton) derives its name, was located near Lennon Bank. Rath is a large round enclosure, possibly surrounded by a moat. Mealton himself was possibly a local chief or cattle baron.

In the 12th century the ruling chiefs of Donegal the O’Donnells lived in the castle which according to local folklore was situated on the site of the present quay. There are no visible remains of the castle nowadays but the street going up the hill from its location is known as Castle Street. 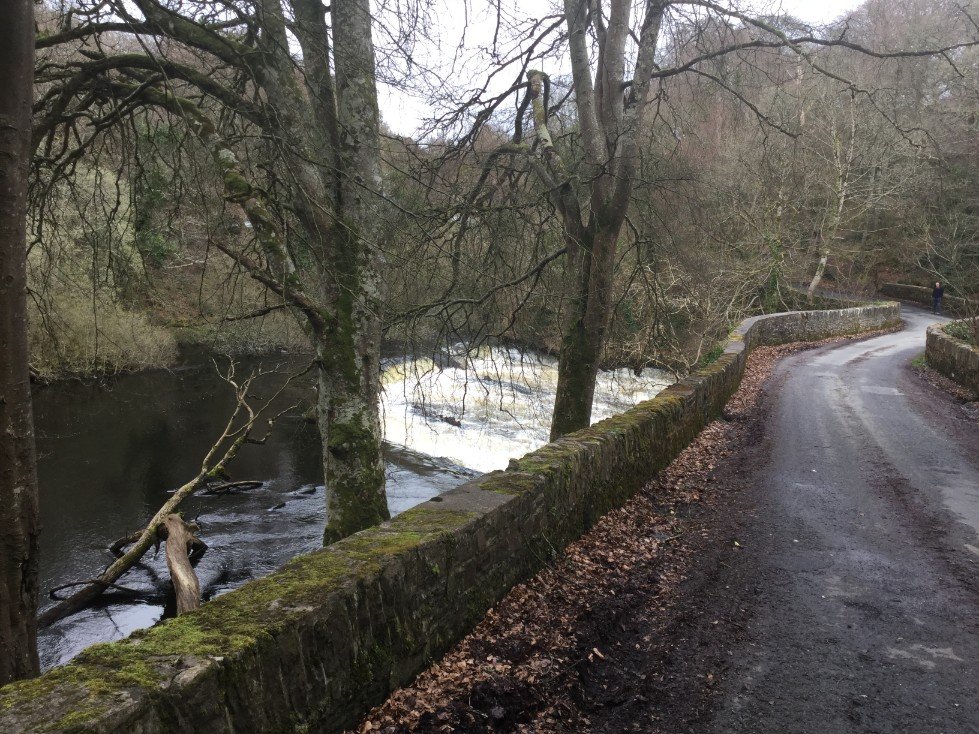 Killydonnell Friary is located on the Banks of Lough Swilly about 4 miles outside the town and was built by Calvagh O’Donnell in the 16th Century as a Franciscan Friary. It was closed as a Friary at the time of the Plantation of Ulster.  Today the old walls are still standing and the surrounding garden is used as a burial ground. During the Plantation a Scotsman, Sir William Stewart came to Ramelton and was granted 1000 acres by King James 1 in recognition of his military service. He established the town and built the quay and took for his own use the castle that had been the garrison of the O’Donnells, Lords of Tirconnaill. The town prospered primarily because it had the biggest linen bleaching works in the County. Ships from England and the West Indies were able to dock at the Quay and unload their cargoes which could be stored in the large warehouses which were built along the quay. By 1841 Ramelton Co Donegal had many industries including Corn Mills, Brewerys and production of linen.

Ramelton had 8 Churches and earned the name of ‘The Holy City’. The founder of American Presbyterianism, Francis Makemie, preached in the old Meetinghouse at the Back Lane in Ramelton prior to emigrating. Only three of the Churches remain today but there are many old wallsteads remaining.

The Famine in 1845/46 caused by Potato Blight, resulted in a severe downturn and people emigrated to America in their thousands. In addition, a railway line was built between Derry and Letterkenny and did not extend to Ramelton. Letterkenny grew because of this resulting in a serious decline in business in Ramelton. The large ships were also no longer able to navigate the silted estuary of the Lennon.

The Stewarts continued as resident landlords into the 20th century and this is still a common surname in the town. 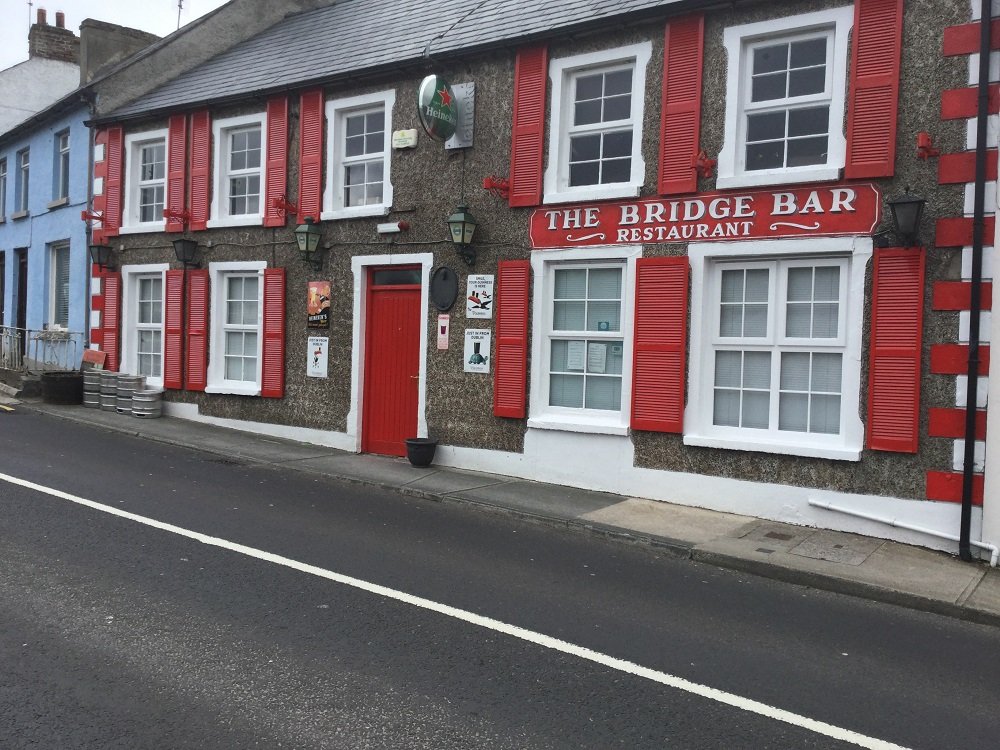 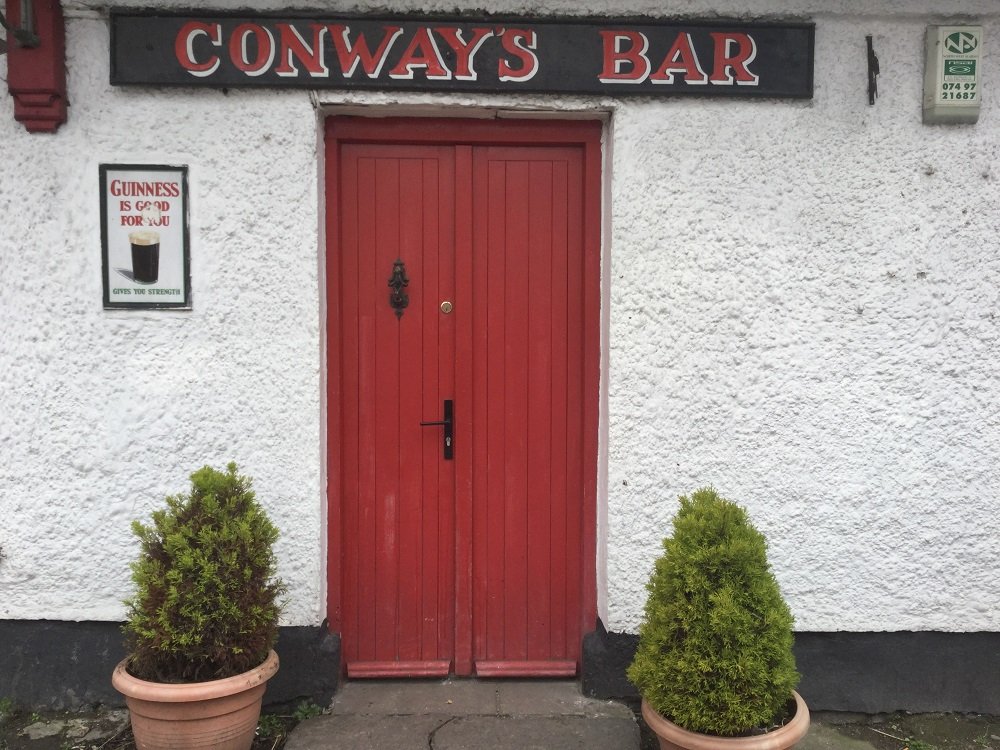 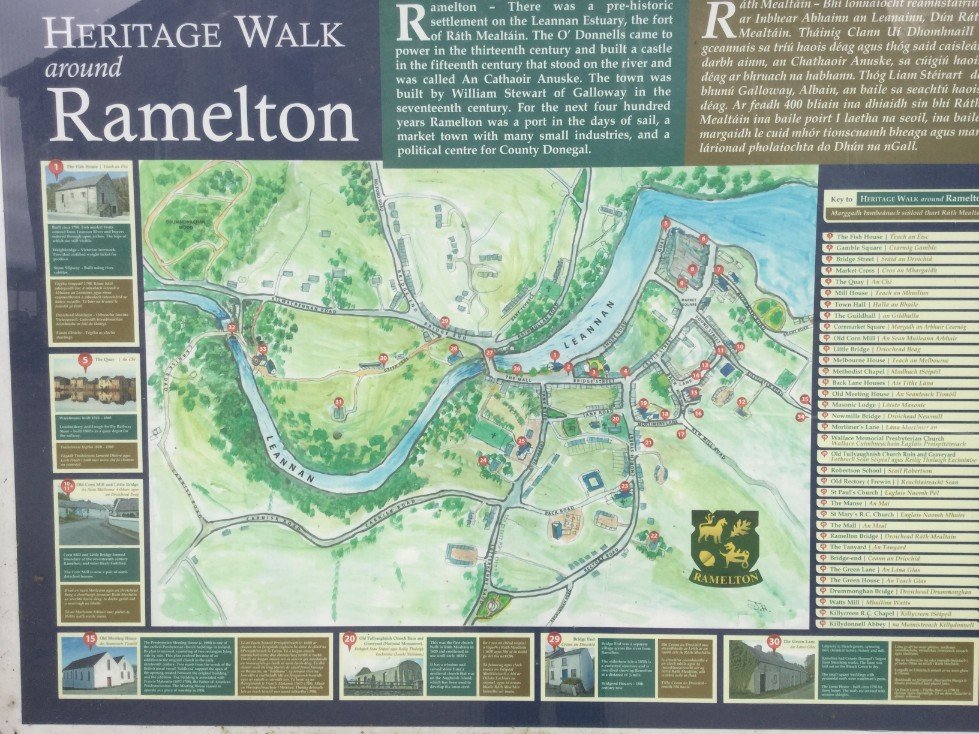 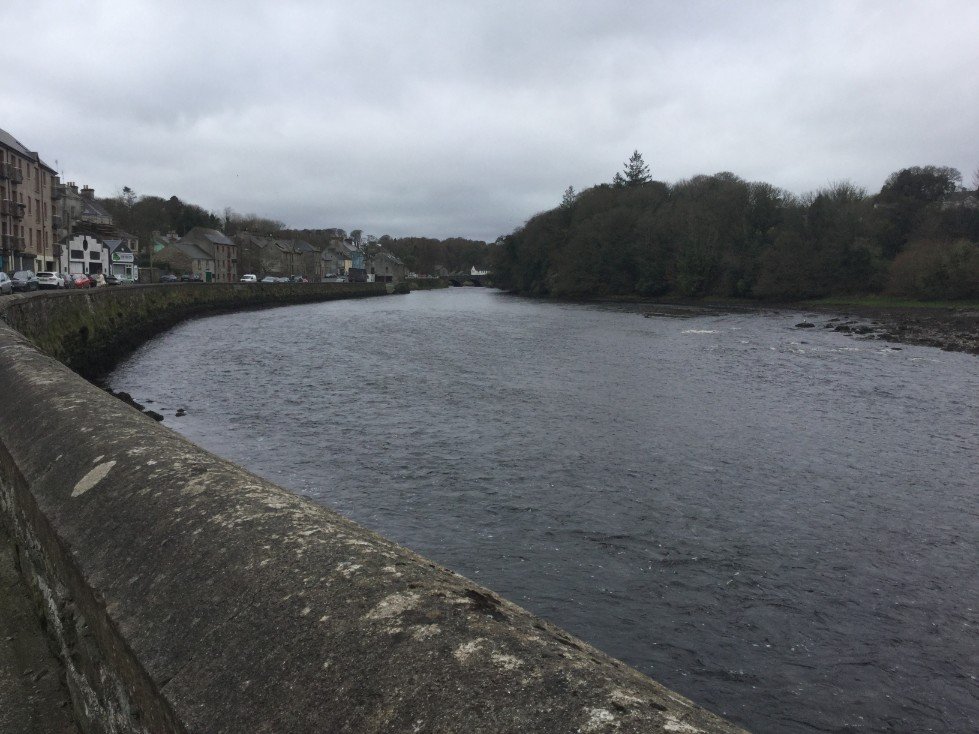 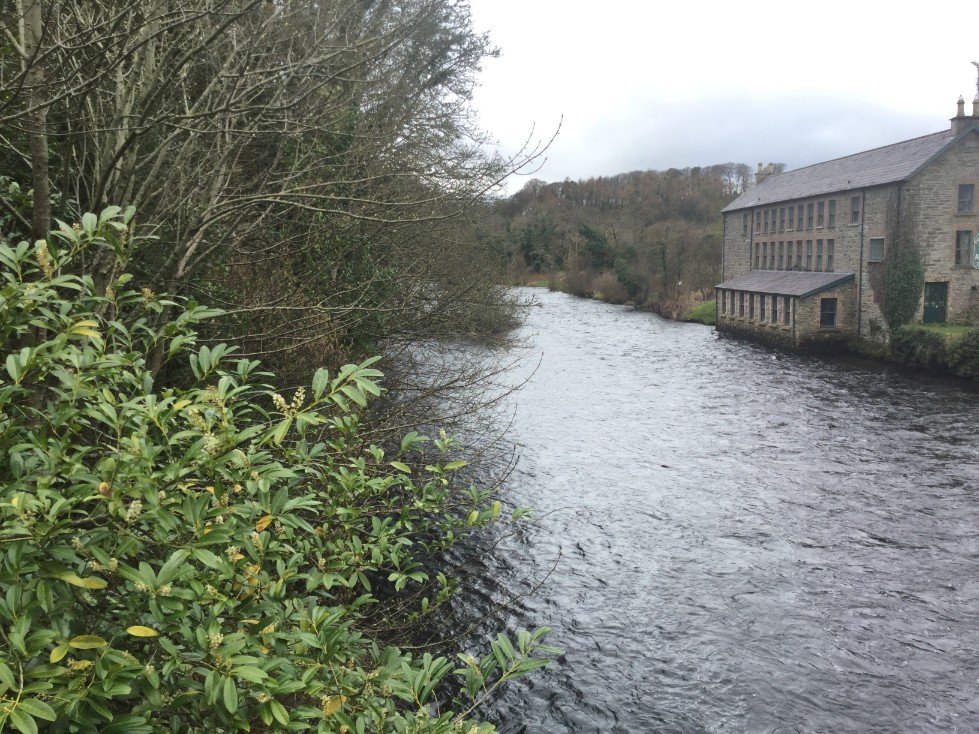 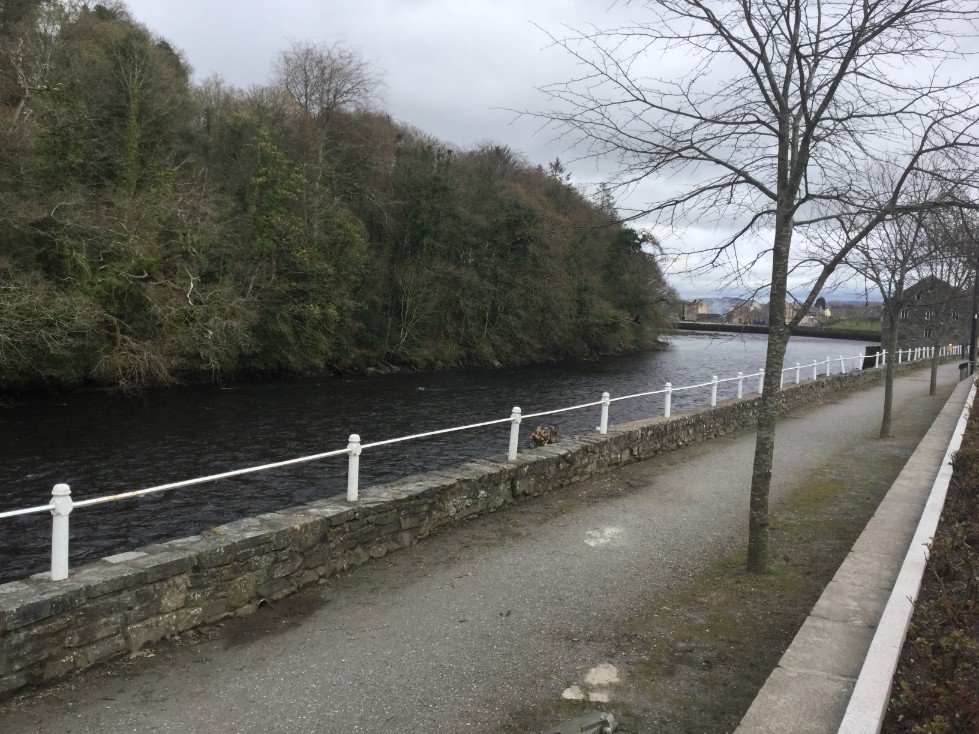